Articles in this section

So you want to charge some 12V lead acid batteries, like RV or car batteries, or even the ones in your off-grid tiny house. No problem! You can even charge bare Lithium Battery packs, although we recommend using a charge controller for those.

Charging your lead acid batteries seems easy enough; hook positive to positive and negative to negative, right?  What could go wrong? Well, something can go wrong, even for experienced tinkerers.

If you mix up the polarity when hooking up your WaterLily 12V, the battery will damage your turbine!

Please note, this is only an issue if you are charging bare batteries like the ones mentioned above.  If you are charging your Anker, Goal Zero, Omnicharge, or similar battery bank (WaterLily 12V was designed to be as universal as possible), chances are it has a dedicated input jack. This jack will not allow power to go the wrong way so you cannot harm your WaterLily, even if the polarity is reversed.

But how can the polarity become reversed if you are using an off the shelf adapter cable?  For example, let's say you’re using a SAE to alligator clip adapter cable to go from your WaterLily to the battery you wish to charge. That cable was actually intended to draw power from the battery, rather than deliver power to it.  That means the SAE connector has the wrong polarity for your application. In order to use it for charging a battery, you may have to the hook the RED(+) alligator clip to the BLACK(-) battery terminal, and the BLACK(-) alligator clip to the RED(+) terminal.

A polarity mix up can also happen when using other adapters such as solar panel MC4 to SAE connectors. You want to make sure that you are using SAE to MC4 (or any other type of connector) and not the other way around to ensure that you are drawing power from WaterLily and not sending power to it.

If this all sounds confusing, well,  it kind of is. The best way to think about it is to consider the application the adapter cable was intended for.  Make sure the SAE side was meant to plug into and charge a power source of some kind (like a battery). If you’re not 100% sure, then the best (only) way to ensure you’re hooking things up correctly, is to check it over with a  multi meter first. The output connector on the WaterLily is poled as follows: 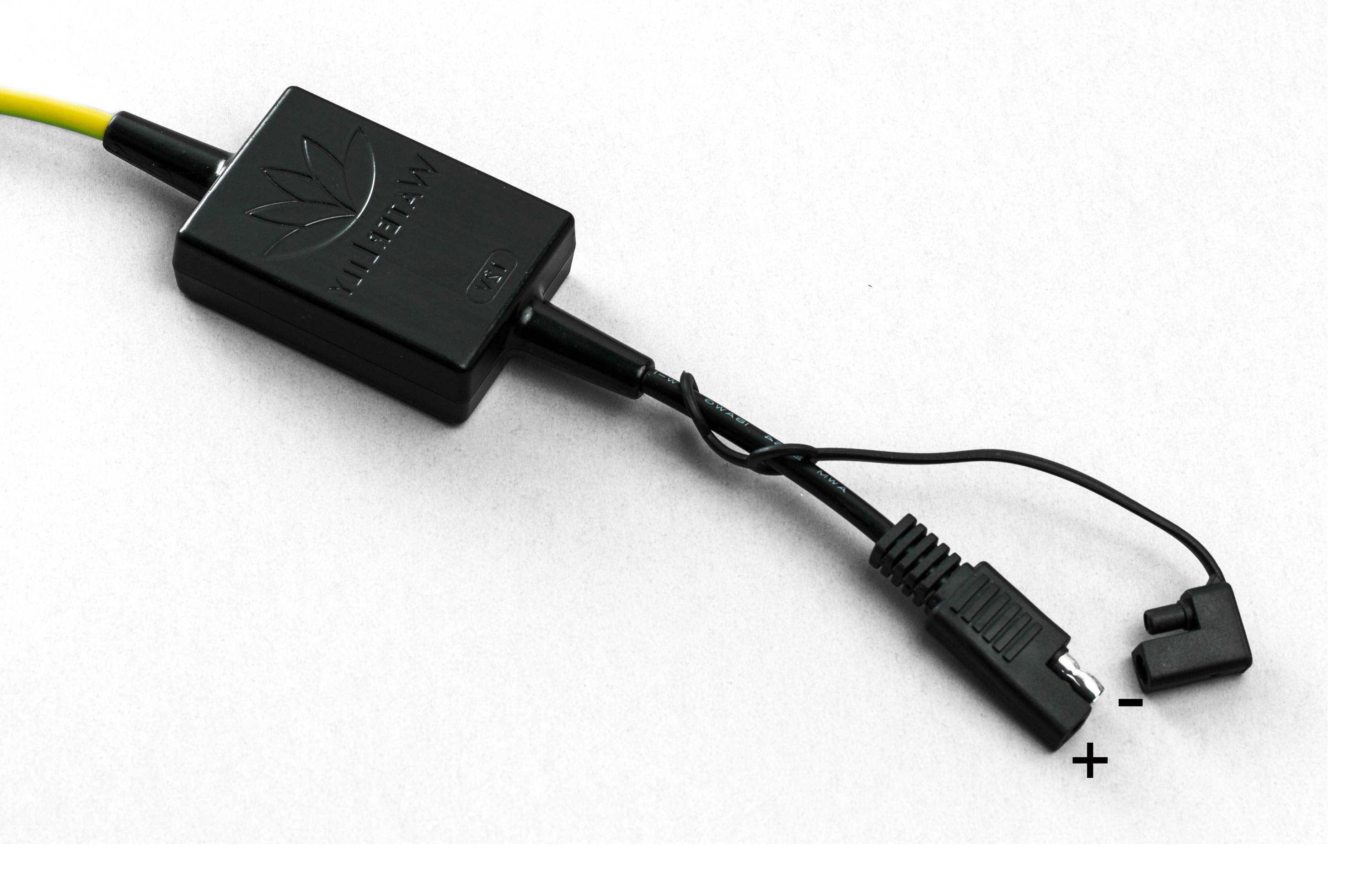 Hook the leads from the multi meter to the Waterlily as follows: 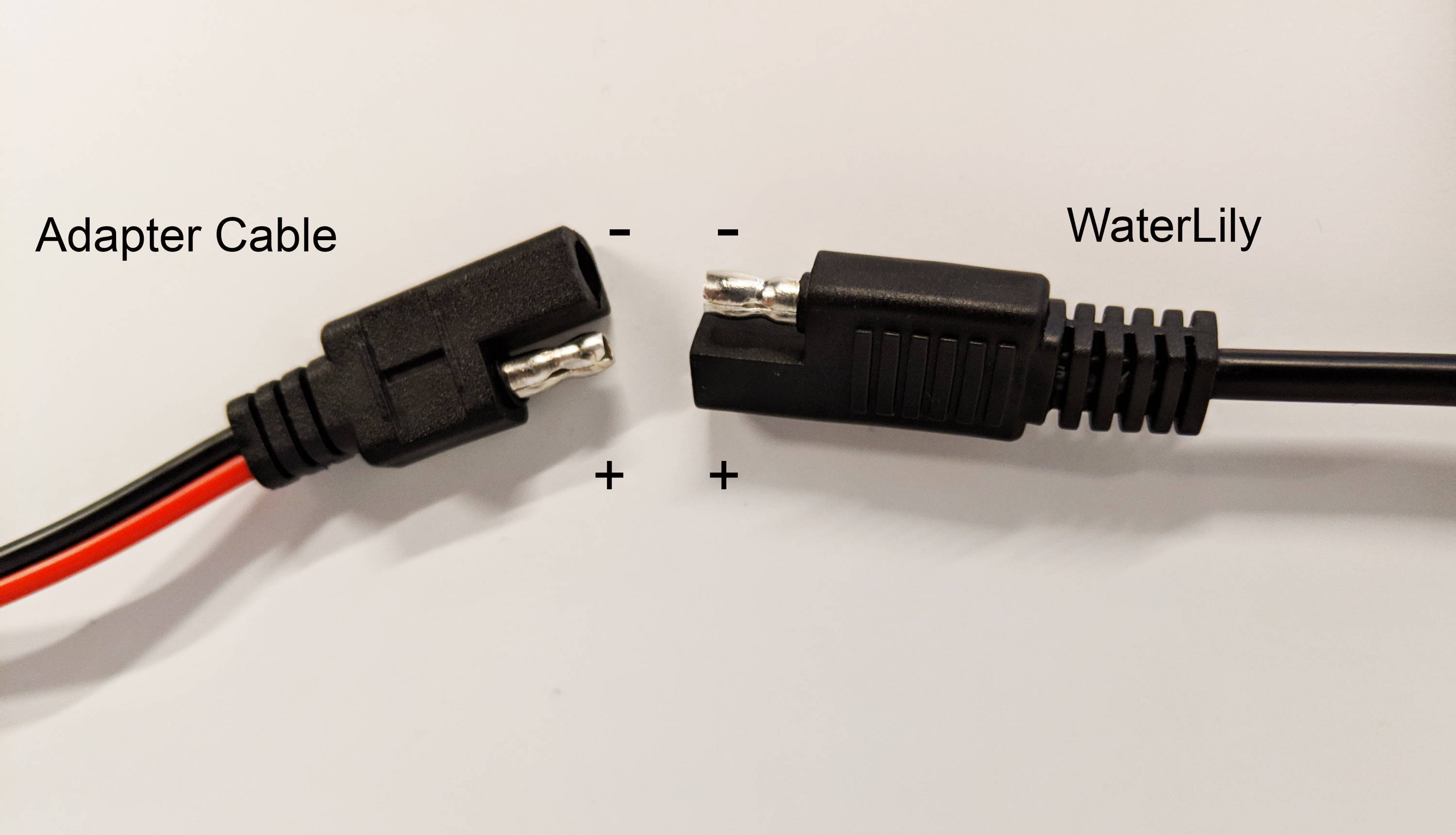 Next hook the leads of the multi meter into the SAE connector you’ll be plugging into the WaterLily (the one that leads back to your battery) as follows:

You should get a positive number around 12 (depending on how discharged your battery is).  If you get a negative value, then switch the polarity somewhere along the line (easiest might be at the battery terminals).

We hope this helps you out!  If you feel a bit out of your league,  send us a message!